The valley of secrets 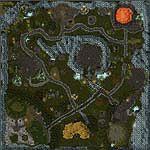 Map 128 -128 Enjoy the game, my friends. Long time ago, when dragons was live everywhere, when valor of a knights responded through the ages.. When the world was a beautiful and fairy this story is happend. In the middle of the kingdom began to occur mysterious things. Disappearing of a cattle. Trains and whole groups of militia. Worried king give you a task to investigate this misunderstanding. You collect warband from famous warriors and mages. Map has been tested on many PCs. Missions are not observed in either one. Just read this - 1 player (Blue) - Alliance of Light 2 player - (Red) Unconquered tribes 3 player (Gold) The Sanctuary 4 player (Green) Inferno 5 players (PC) - Necromancer (effort) W and 5 player does not play! He PC. I everything associated with him, enchanted by your PC. When choosing a race, is the choice of belonging to the heroes, not locks. Locks punched hard (by Lux in tenebris)