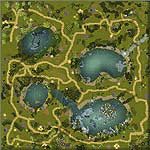 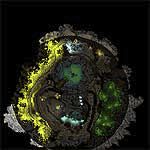 Long has The Sanctuary been a place of peace and protection as it was so named. But war in the surrounding area's has sent many refugee's here. With a massive increase in population to an area which can not support them all, divisions among the populace were inevitable. A once peaceful populace has resorted to war for the sake of their own survival. (by Wulfgar1978)