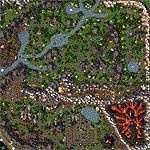 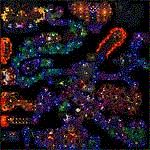 You are Lord Garrick Stahlrad, son to King Stahlrad and heir to the throne. Your kingdom has enjoyed times of peace and prosperity under your fathers rule. But your brother, Lord Charron, has always felt that the kingdom could be more than it was. He urged your father to wage war upon the neighbouring lands, but your father never agreed. Your brother was not the only one that felt as he did. There were knights and lords that also believed that it was war that strengthened a kingdom, not peace. Over the years Lord Charron gained support for his cause and secretly plotted to take the throne. Then one fateful night, an army led by your brother attacks the royal castle. And a battle begins that sends you into a path of darkness...