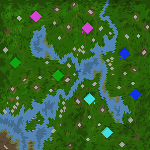 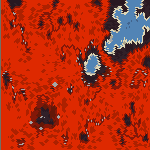 Marcus Tigranis, prince and heir to the throne of Oromnia, has betrayed his father, the King, and is leading a revolt to overthrow the kingdom.The king has called upon his four most powerful noble houses to end their petty bickering and capture Marcus Tigranis before he destroys the kingdom.  Perhaps the bickering won't end, but one thing is certain.  Marcus Tigranis must be defeated before Oromnia will see peace again.